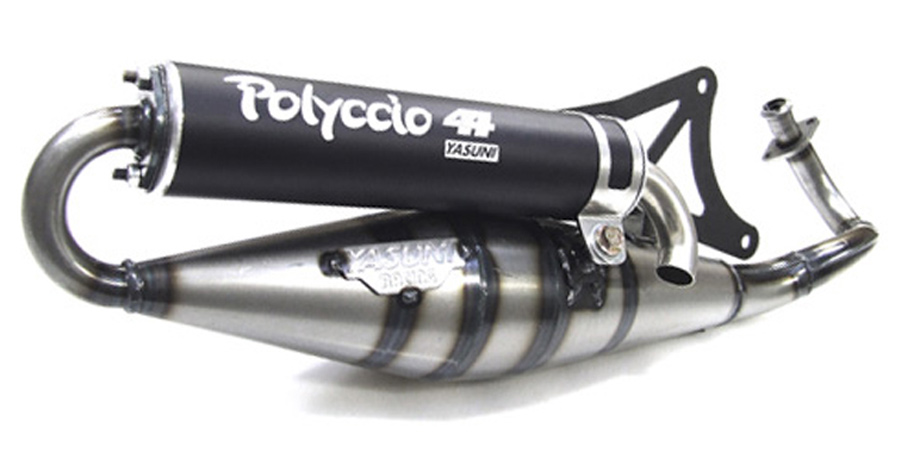 Coinciding with the exciting final stages of the MotoGP/125cc World Championship, Yasuni have designed the ‘Polyccio 44’, a limited edition 500 unit run of the Yasuni Z, shaped in honour of Yasuni star and Grand Prix winner Pol Espargaró, who has taken three victories so far in 2010 (Jerez, Le Mans and Motorland Aragón), and to-date has climbed the podium 11 times.  The teenager is currently fighting for the world championship with Marc Márquez and Nico Terol with two rounds remaining.

The Yasuni Z is ideal for 50cc scooters without the need for engine modifications; bringing a surge in performance while still a fully homologated product. The Yasuni Z is the perfect choice for the more exclusive and charismatic 50cc scooters on the street such as the Yamaha Jog or BW,S, Aprilia SR, Suzuki Katana, Peugeot Buxy, Speedake or Speedfight, Piaggio NRG, NTT, Zip or Typhoon.  With the Yasuni Z ‘Polyccio 44’ every customer and rider can carry the style and image of champions.

More information and photos of these new releases along with all of Yasuni’s products can be found at their official website: www.yasuni.com