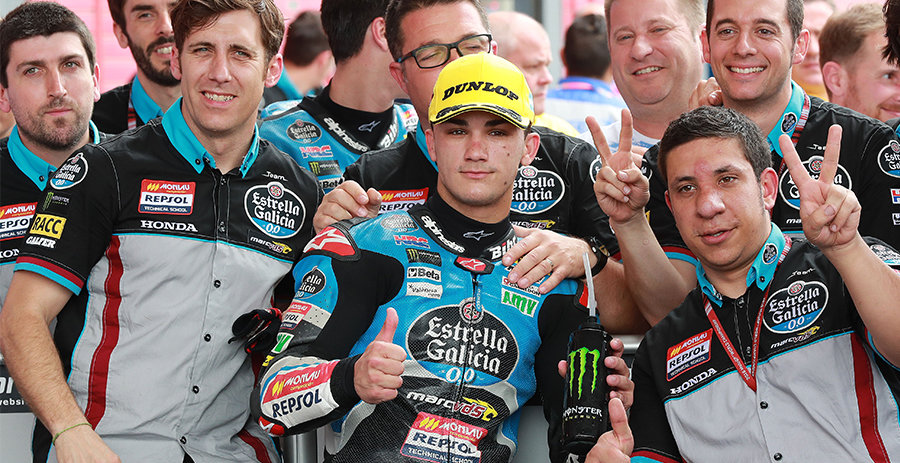 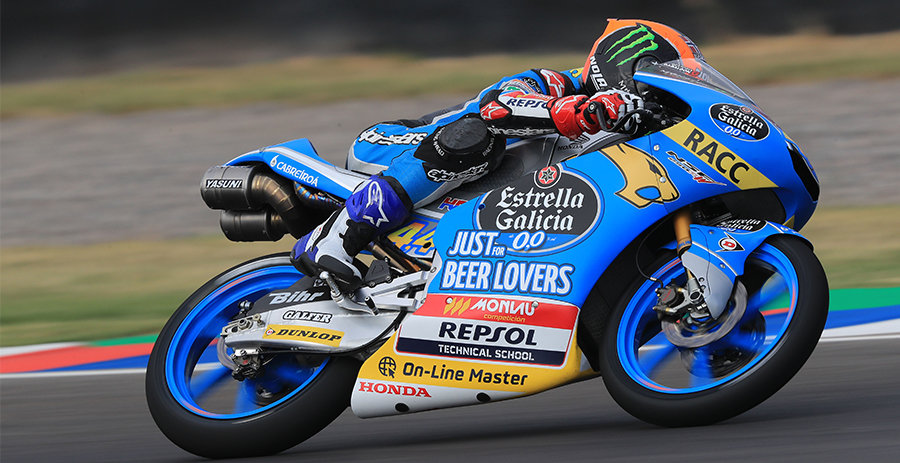 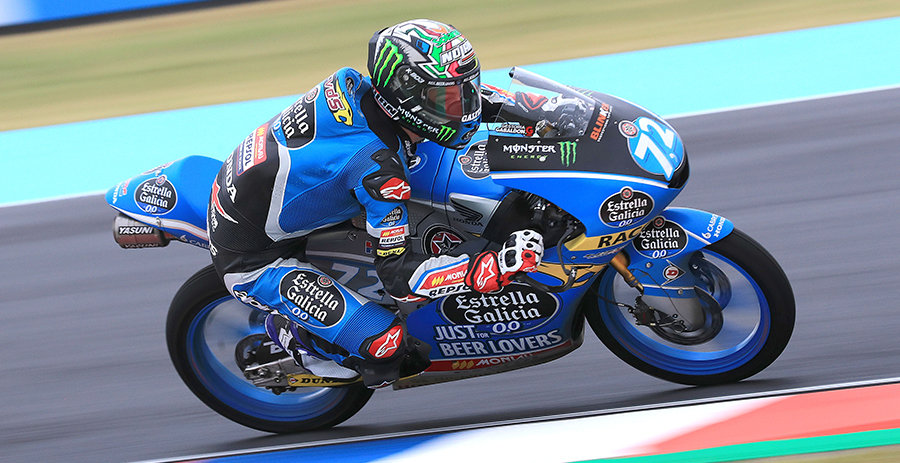 Arón Canet finished second in the race to take first place in the championship standings. His team-mate, newcomer Alonso Lopez, has his first points after a magnificent sixth position...

After doubts about the moisture content of the asphalt, Arón Canet started from eighth position on the grid with rain tyres to ride sixth in the first few laps. He then rode in the hard-fought group that was chasing the race leader, gradually climbing up to the final laps of the podium race. In a final effort, Canet has taken second place to cross the finish line 4.6 seconds from the winner. The Spanish rider leads the provisional standings for the first time in the championship with 40 points, ten points ahead of his rival Jorge Martin.

The rookie Alonso Lopez has made a magnificent start from twenty first place on the grid to ride in points positions from the first lap and continue to regain positions in the following ones. After the first third of the race, Lopez has been fighting against more experienced rivals to win sixth place in the last lap. The rider from Madrid is able to score in what is only his second start, occupying now the tenth place in the championship with 10 points.

"The important thing today was the points"

"It was a race that had to end. I was determined to do it in the top positions. The track was drying up before the race, but we decided to start with the water tyre. I was able to get away from the group, but Fabio[Di Giannantonio] caught up with me on the last lap. I have managed to protect my position and this second place is very well known to us. The important thing today was the points and we took twenty.

"I was looking forward to running in water."

"The race was very complicated, but I was looking forward to the water because I knew I had a good rhythm in these conditions. When we were on the grid I realised that the asphalt wasn't going to dry up, so I took it easy in the first two corners, but from then on I overtook a lot of drivers and took the front group little by little. I had a scare and I thought the tyre had already degraded, but it didn't and I had another five laps to concentrate. In the last lap I saw that my rivals were going to collide and I was able to win the position inside.