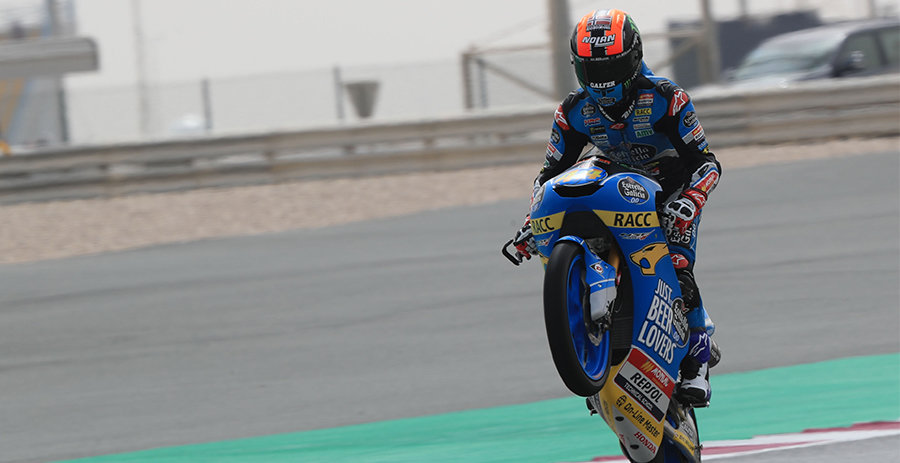 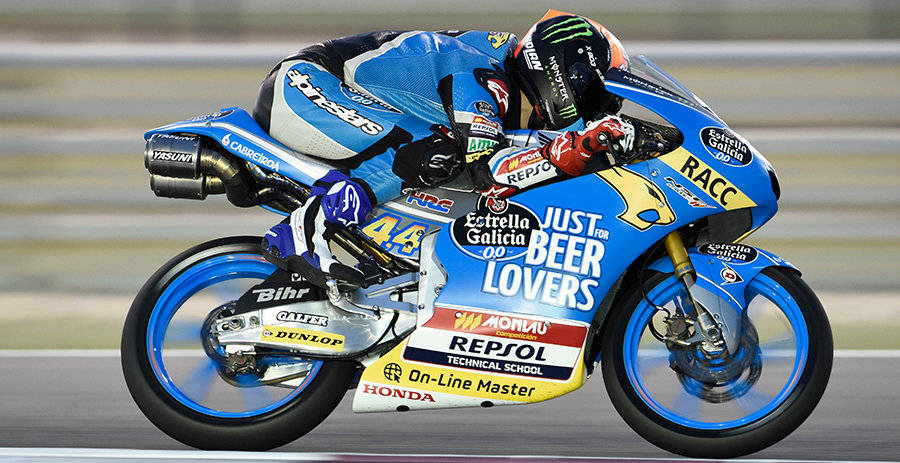 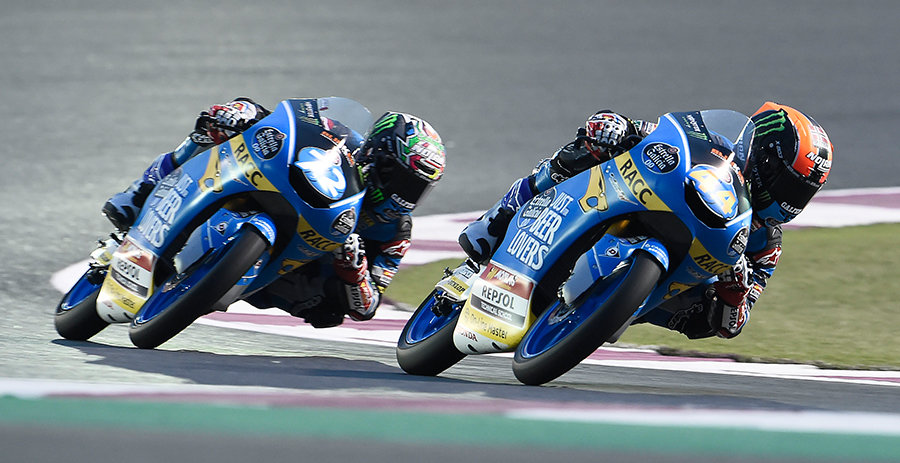 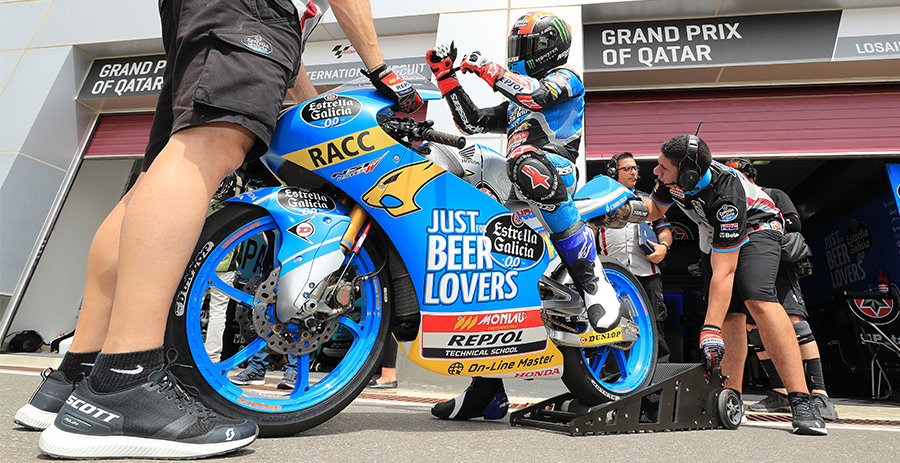 Team Estrella Galicia 0.0 rider starts the season on the podium, while team-mate Alonso López suffers a crash while fighting for points in his World Championship debut.

Third in the warm up and seventh on the grid, Arón Canet started the race in the top ten to take his place among the leading riders in the following laps. He then caught up with the leader Jorge Martin and stayed at his wheel as he managed to close to a two second gap with the next riders in the race. At that moment Canet signed the fastest lap and with six seconds remaining it was clear that the victory would be decided between the two riders. Both have exchanged positions on different occasions and, on the last lap, Canet has passed second on the finish line to a mere 23 milliseconds from the winner. Canet begins the season in second place in the general classification of the championship.

Alonso Lopez has made a magnificent start from twenty-first position that has led him to ride in points places during the first lap. Midway through the race, the Spaniard remained among the riders immediately behind the large group of leading riders who had already started to break up. Lopez tried his best not to lose positions, leading a frantic race in the group that has been fighting for the last points until he couldn't avoid a fall in turn 6 when there were seven laps to go. His first World Cup exit was thus unrewarded, at least demonstrating the enormous potential of the Madrid rookie.

The drivers and teams will compete on the track again on April 8th for the Grand Prix of the Republic of Argentina.

"I'm happy for second place in the championship."

"The race was difficult because after the start I was in the ninth or tenth position, but I struggled to catch up with the front group. Jorge Martin has escaped a little, but I was able to recover and I thought about the strategy of following him and trying to overtake him in the last straight, which would have been perfect. In the end it couldn't have been because we had the wind against us and, when I came out of the wind, my speed couldn't keep up. I'm happy for the second position in the championship.

"My first race has been very exciting."

"My first race was very exciting. It's true that it took me a while to get into the rhythm over the weekend, but in the warm up we've already achieved a set-up that has helped us to improve a lot. In the race I started well and made a very good first corner, which allowed me to be among the top fifteen. I was a bit at the limit on the brakes until at turn six, trying to overtake another rider, it closed from the front and I couldn't avoid the crash. I'm happy about my World Cup debut, at least I know this circuit for next year. I am satisfied.