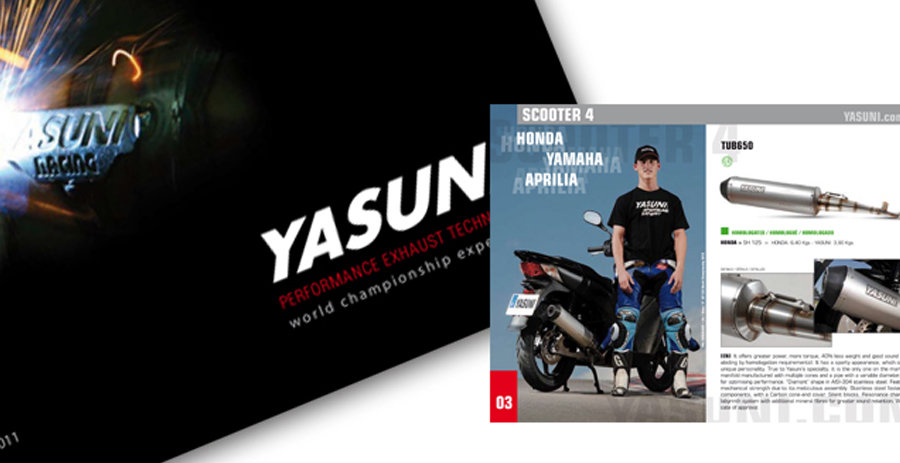 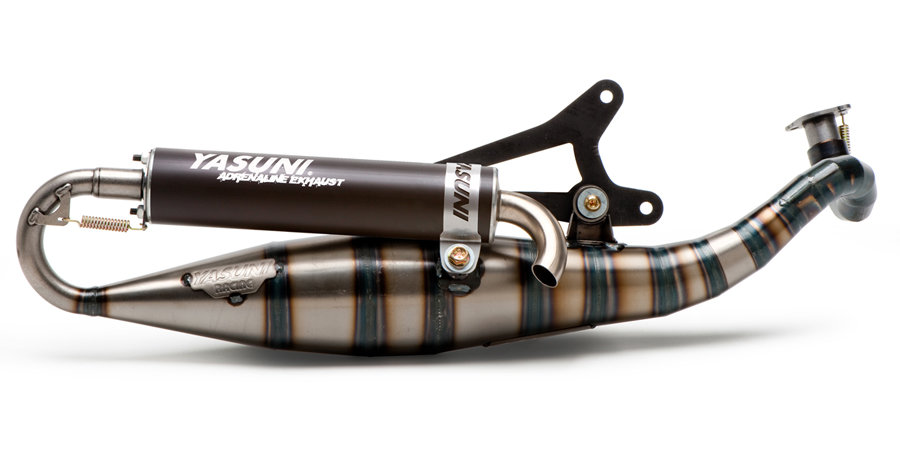 Yasuni have kicked-off 2011 with several attractive items for two-stroke and four-stroke machinery; that are all highlighted in the impressive new catalogue now available in three languages.

The Spanish firm specialising in high quality exhaust silencers have created the new limited edition ‘Black’ for the full range of products for two-stroke scooters, with the sole exception of the ‘Carrera 30’. The ‘Black Series’ carries a supreme finish and a modern ‘look’, fabricated in anodised aluminium and carrying the laser-carved stamp ‘YASUNI Adrenaline Exhaust’. The recommended retail price carries a figure 7€ more than the standard aluminium version.

After venturing into the four-stroke market last June with the TUB-640 for the Honda SH 125cc, now it is the turn of the Yamaha XMax 125 thanks to the Yasuni Tub-350, and the Aprilia Sportcity with the Yasuni Tub-450. Both offer better performance and response, lighter weight, sport styling and adherence to strict homologated regulations as well as giving each bike an exclusive appearance. Both are available at a RRP of 310€ plus tax.

Yasuni have just completed refinements on their 2011 catalogue that include details of all the cutting-edge exhaust technology forged by the Spanish firm and explained in three languages: Spanish, French and English in order for clients to easily find the most appropriate product to augment the performance and style of their scooter or moped.