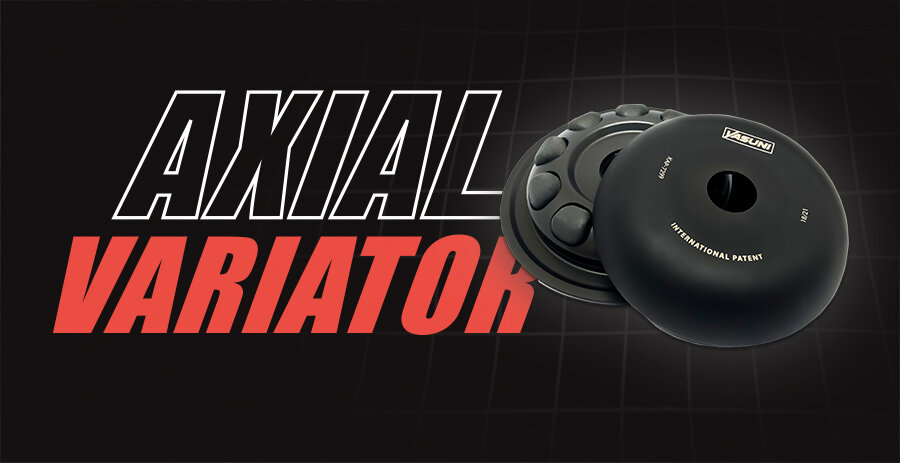 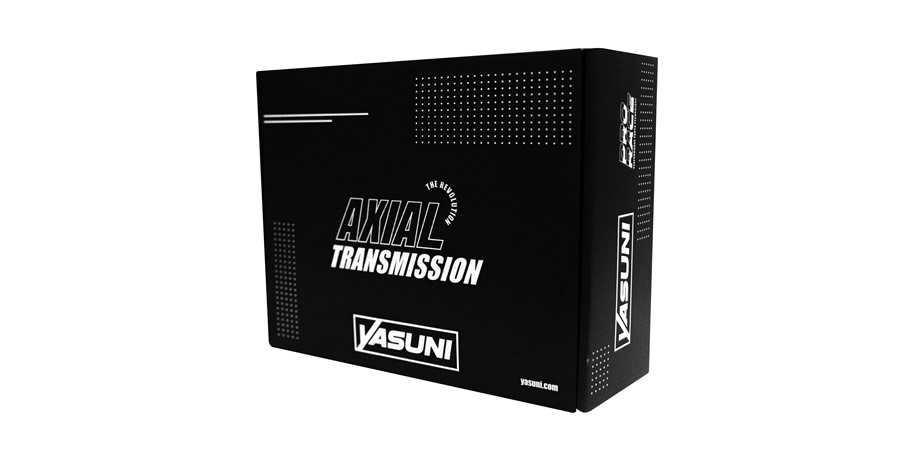 YASUNI has invented, created, and patented a true automatic transmission system, not a simple variator. With the Axial variator the pilot is the true owner of the driving, the controls on the throttle are transferred directly to the wheel, achieving the best performance for the engine.

First quality materials have been used for its manufacture. The variator body is made out of CNC machined 6000 series aluminium with hardcoating. It means an important improvement compared to other variators which are forged and rectified. CNC machining is the way to make sure all the parts are 100% identical with 0 deviation. We use stainless steel for the sliding grid and, with the aim of reducing friction, we have incorporated an exclusive and patented central fibre bearing: the B32. The sliding fingers are made of high-tech plastic with molybdenum, and we have different weights for a perfect configuration with the motorcycle.

But the most important thing and where the Yasuni variator stands out is the performance. The axial transmission developed by Yasuni is the only solution capable of increasing performance in ALL engine ranges. But it doesn't just stop here, it has many other benefits, such as:

- Better acceleration than any other variator on the market.
- Shorter first gear. It offers greater security at traffic and mergers.
- Greater push, up to 25% more, and recovery in media range. Which implies more safety to overtake.
- Longest sixth gear, which ensures higher top speed.
- It has a better deceleration, like an engine braking effect.
- Maximum optimization of engine performance and reduction of fuel consumption.
- Better throttle feel and much faster response.
- Smoother and more efficient driving.
- Great durability, low maintenance, higher performance, and better behaviour of the motorcycle.
- Unique and exclusive product, patented by Yasuni. - Specific components for each bike, model and cylinder capacity of the scooter or maxi scooter.